Next on our list of Presidential and First Lady sites is Berkeley Plantation, the birthplace of our nation’s ninth President, William Henry Harrison.  It also happens to be the site of the first planned English Thanksgiving in the New World, rivaling the Pilgrims in Plymouth, Massachusetts for that honor! 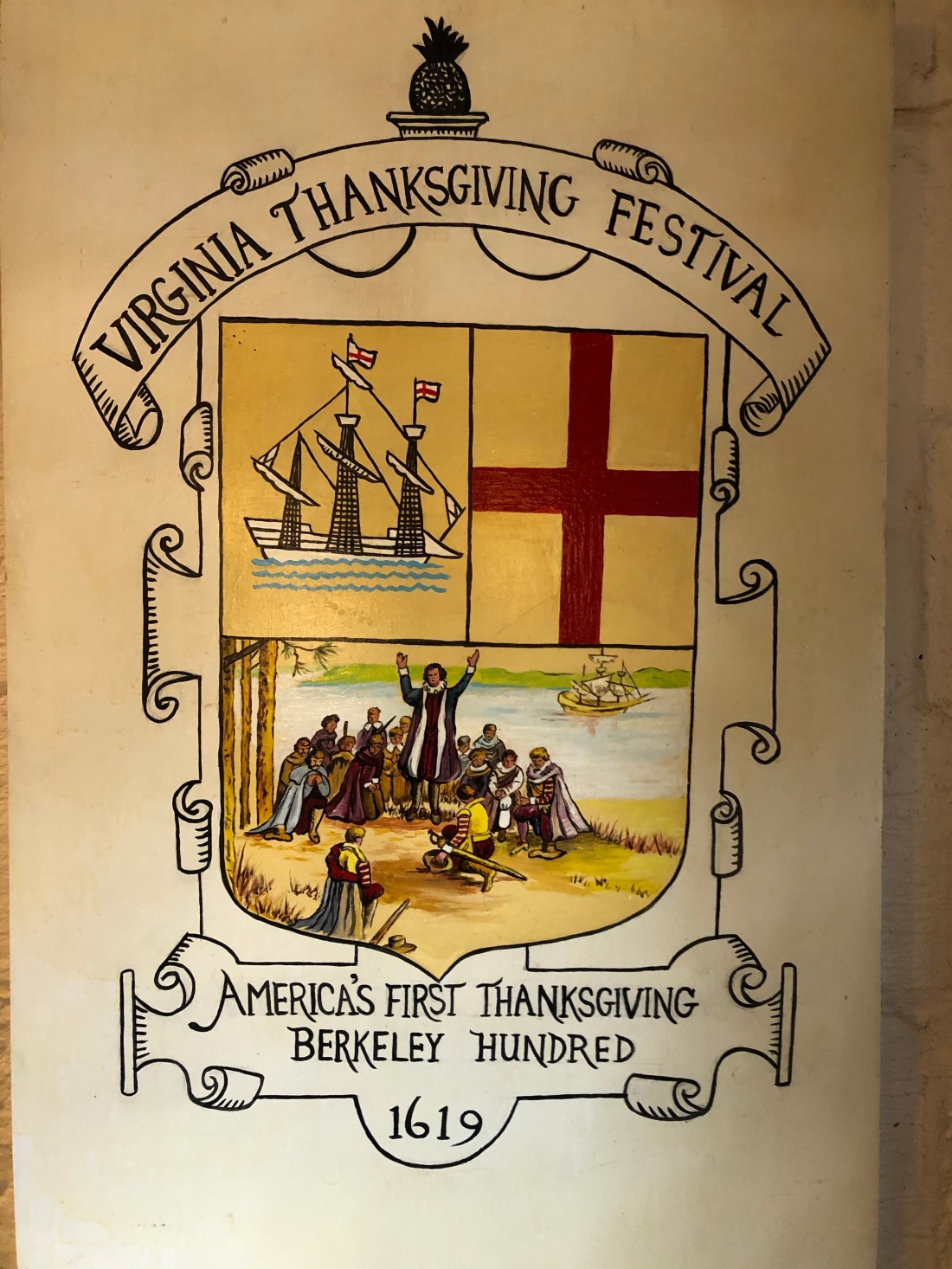 After its founding, Berkeley was abandoned for 100 years after a 1622 attack.  In 1726, Benjamin Harrison IV built the 3-story brick home on the site that you can visit today.  His son, Benjamin Harrison V, signed the Declaration of Independence and was a friend of George Washington, Thomas Jefferson, and other notable patriots.  It was at Berkeley that his youngest son, William Henry Harrison, was born in 1773.  W.H. Harrison was elected President in 1840 and has the unfortunate distinction of being the shortest tenured President in America’s history, dying a month into his term.  Many say it was due to his long-winded inaugural address, which he crafted at Berkeley.

A visit to Berkeley is an easy day trip from Richmond or Williamsburg and begins with a picturesque drive along Route 5, where many colonial plantations can be found.  As you drive down the 1.5 mile gravel driveway, you can almost imagine how it looked to those arriving by horse and carriage. 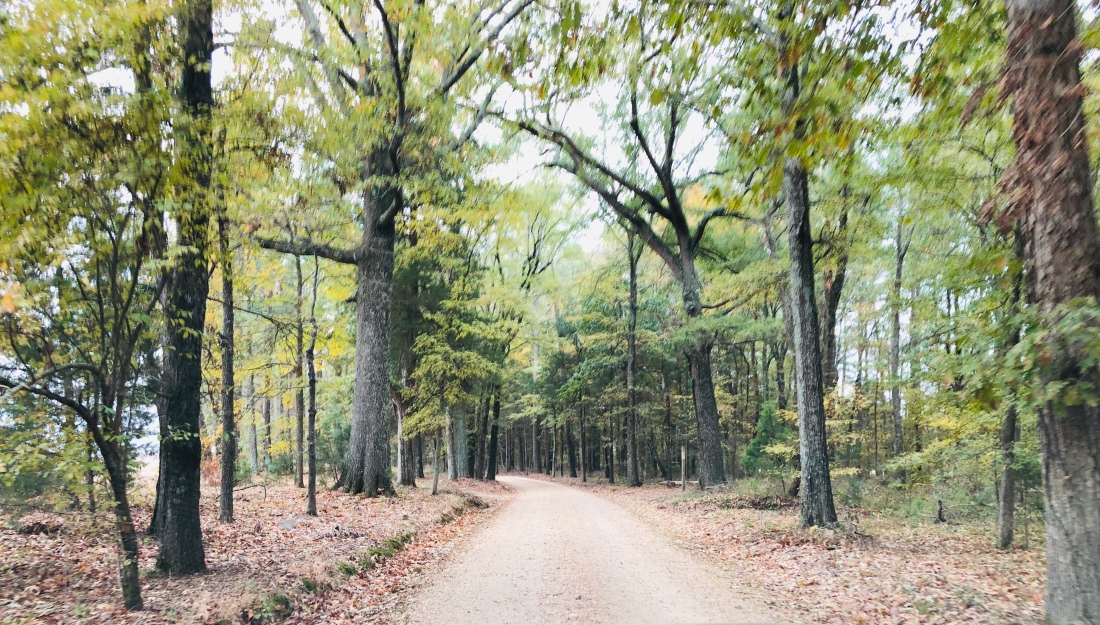 Tickets for touring Berkeley are purchased in the gift shop, which is located in the guest house to the left of the main house.  Tours are given every day on the hour but call before your visit to make sure this is accurate for that particular day.

The house tour is a 45-minute guided tour with a costumed interpreter and is appropriate for older elementary children.  As you wait for the tour to begin, you can visit the Coach House Tavern to watch a 10-minute movie about Berkeley’s history.

At your tour time, you will meet your guide on the patio behind the gift shop where you will learn about the history of Berkeley.  I was fascinated to hear how the site had been abandoned twice, once after the 1622 massacre and again after the Harrison family left in the 1840s.  It is amazing that the original home is still standing!

Your guide will lead you into the entry hall of the home, which also served as the ballroom for the many parties held by the Harrisons.  A frequent guest at these parties was George Washington, who evidently was a great dancer!  The floors are the original hardwoods so you can actually walk in the footsteps of Washington and our nation’s first 10 Presidents, who all visited Berkeley at some point in its early history.

You will see two different parlors and learn about Thomas Jefferson’s architectural interest in Berkeley.  Our guide told fascinating stories about Jefferson’s insistence on changing the doorways and walls in the parlors and how he would not leave until it was done the way he thought was best.  Be sure to note Benjamin Harrison’s signature in the plaster on the wall – what an amazing historical find!  Your kids will love learning that even distinguished grown-ups can’t resist writing their names in wet plaster!

The house tour briefly mentions the future President Harrison, and there are two portraits of the President displayed in the formal parlor.

The other two rooms on the tour are the dining room and the gentlemen’s room, which contains the only remaining piece of furniture from the Harrison family’s time here.  During the Revolutionary War, the infamous Benedict Arnold was dispatched to Berkeley to take Harrison and his family into custody.  When he realized that the family had fled, Arnold burned all of their furniture but spared this bed upon learning that he would be awarded Berkeley after the presumed British victory.  That didn’t work out for him but thankfully, the promise of the reward spared the house and this bed.

Your guide will also describe the condition of Berkeley in the 1930s when the Jamieson family purchased it.  The house was used as a barn with chickens, cows, and pigs living in the rooms!

The house tour does not currently go upstairs, which is where President Harrison was born.  Hopefully these rooms will be added to the tour at some point in the future.

After the house tour, you will exit on the side of the house where you can finish your tour in the cellar, which has been turned into a museum. 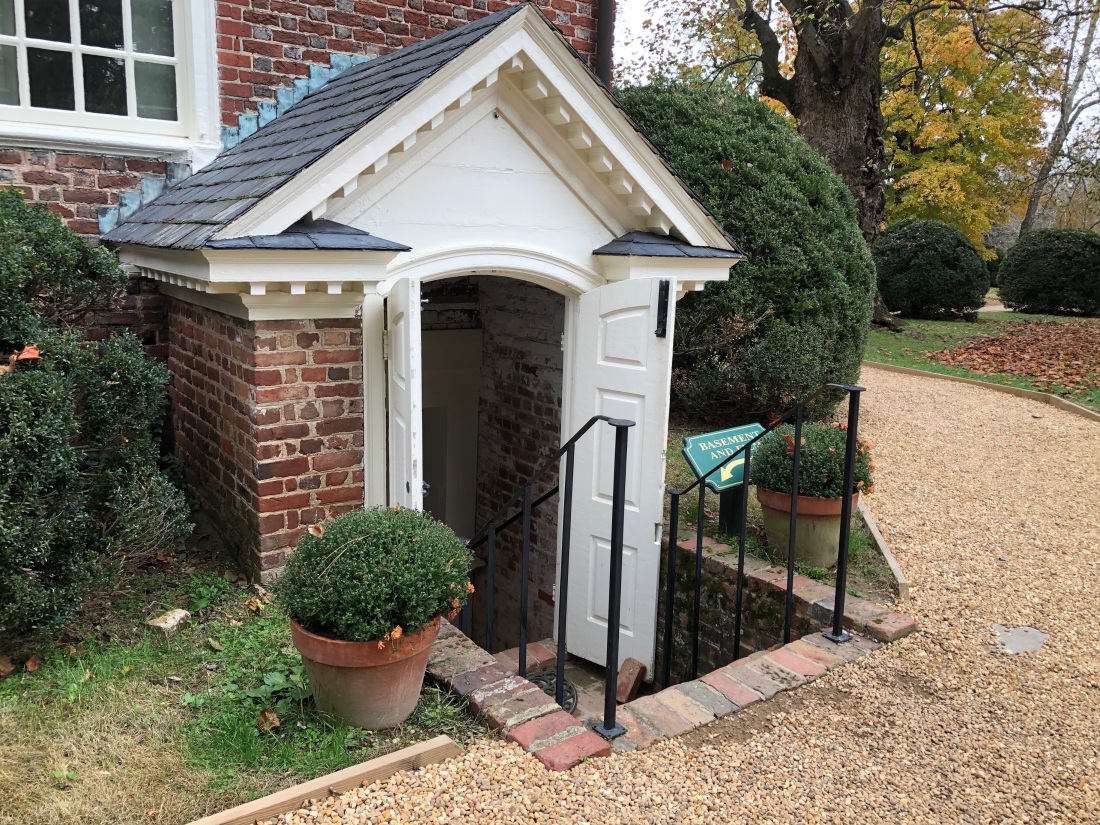 The themed rooms display artifacts and paintings depicting Berkeley’s history from the First Thanksgiving through colonial times.  Your older elementary-aged children will be fascinated with the colonial tools and items displayed and will enjoy the short movie about the First Thanksgiving.  The Civil War rooms are interesting, with pictures from the Union occupation of Berkeley to the history of “Taps,” which was composed here.

You can also learn more about the Harrison family, including President Harrison and his great-grandson, Benjamin Harrison, who served as our nation’s 23rd President.  Kids will love looking up at the ceiling of the cellar to the floors above.

As you leave the cellar, follow the path to the kitchen house, which is next door.  Inside you will find a kitchen and dining space decorated as it was during Colonial times. 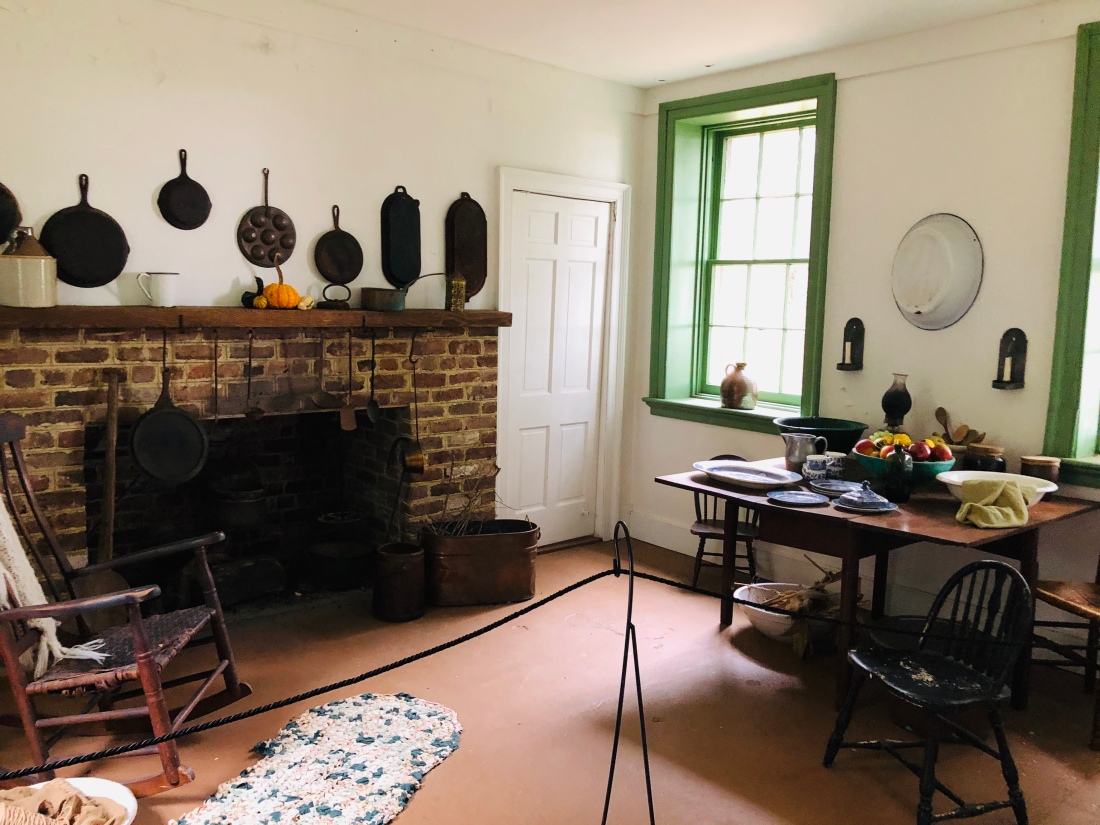 Don’t miss the cannonball still embedded in the building from the Civil War!

As you leave the house area, follow the path through the gardens to take you to the James River.

Your kids will love running down the ½ mile path to the river, which is one of the most spectacular spots at Berkeley.

Standing at the river, you can walk in the virtual footsteps of those first English settlers from 1619.  Don’t miss the Thanksgiving monument at the riverfront, and be sure to listen to its audio narration. 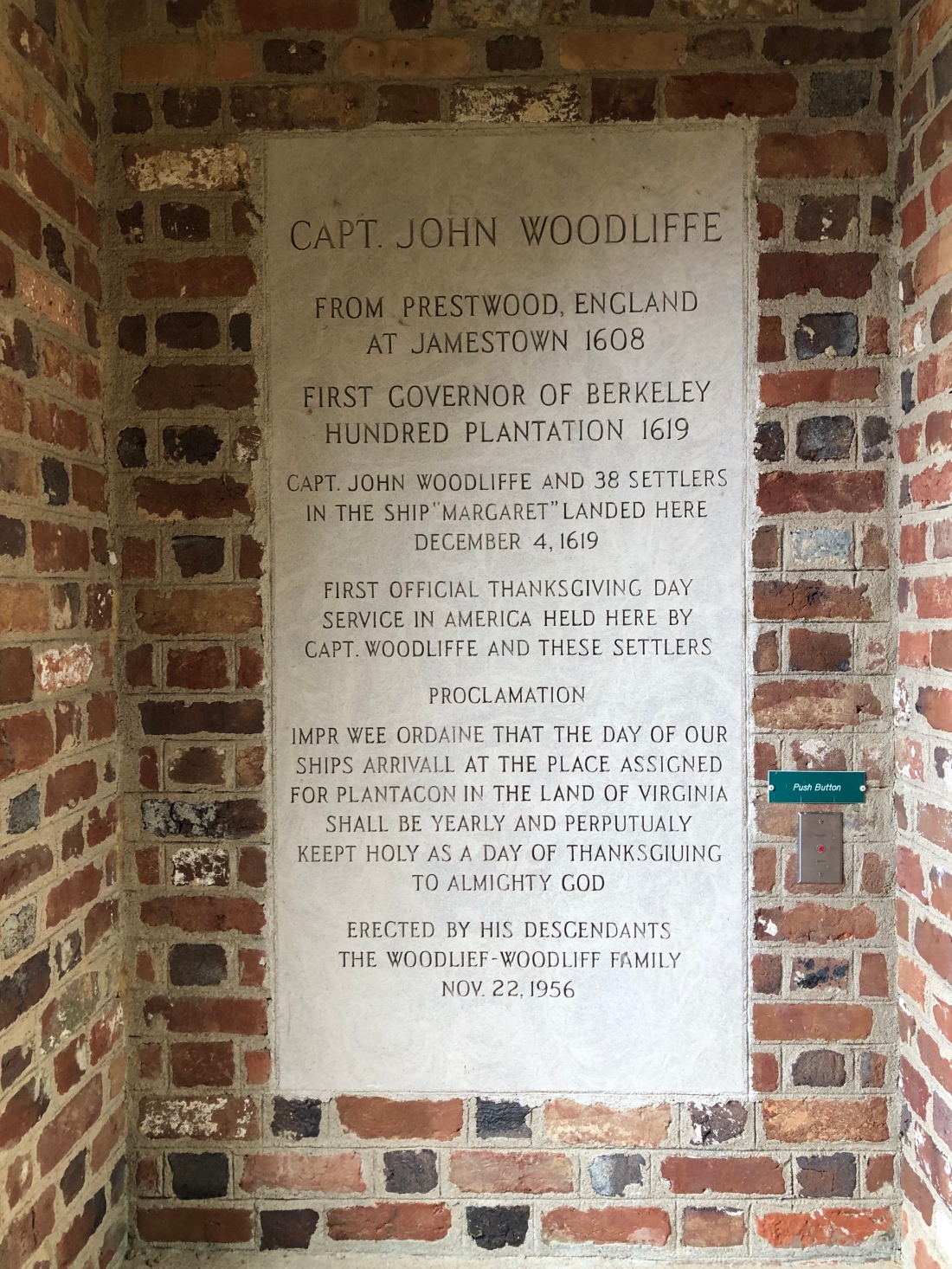 As you walk back to the main house area, you can visit the Taps monument, with its haunting audio. 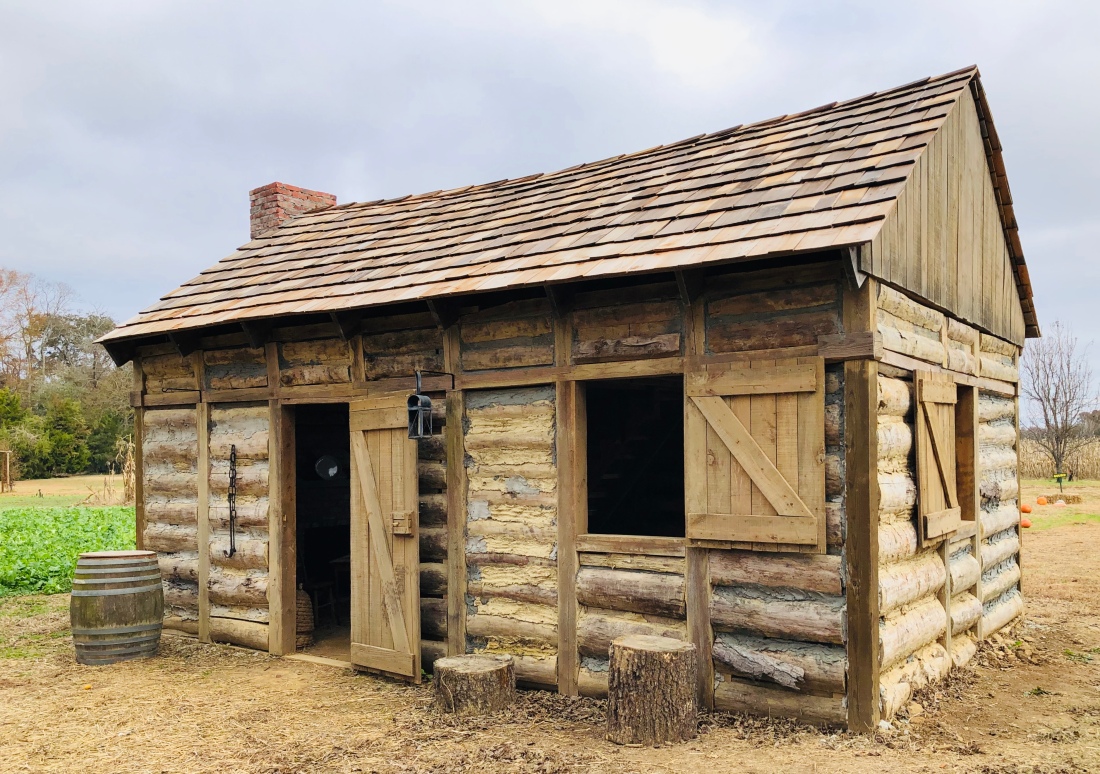 Be sure to look at Berkeley’s website for the many family-friendly events it hosts throughout the year, including a pumpkin patch and children’s nature hunts.  During the summer months, Berkeley has Kid’s Days on Tuesdays, with free admission and colonial games and activities.

Visiting Berkeley is like stepping back in time to America’s earliest days.  From the First Thanksgiving to the birthplace of a President, it is an important part of our nation’s history that kids will enjoy!

What’s your vote on the official first Thanksgiving – Berkeley or Plymouth?  Comment below!