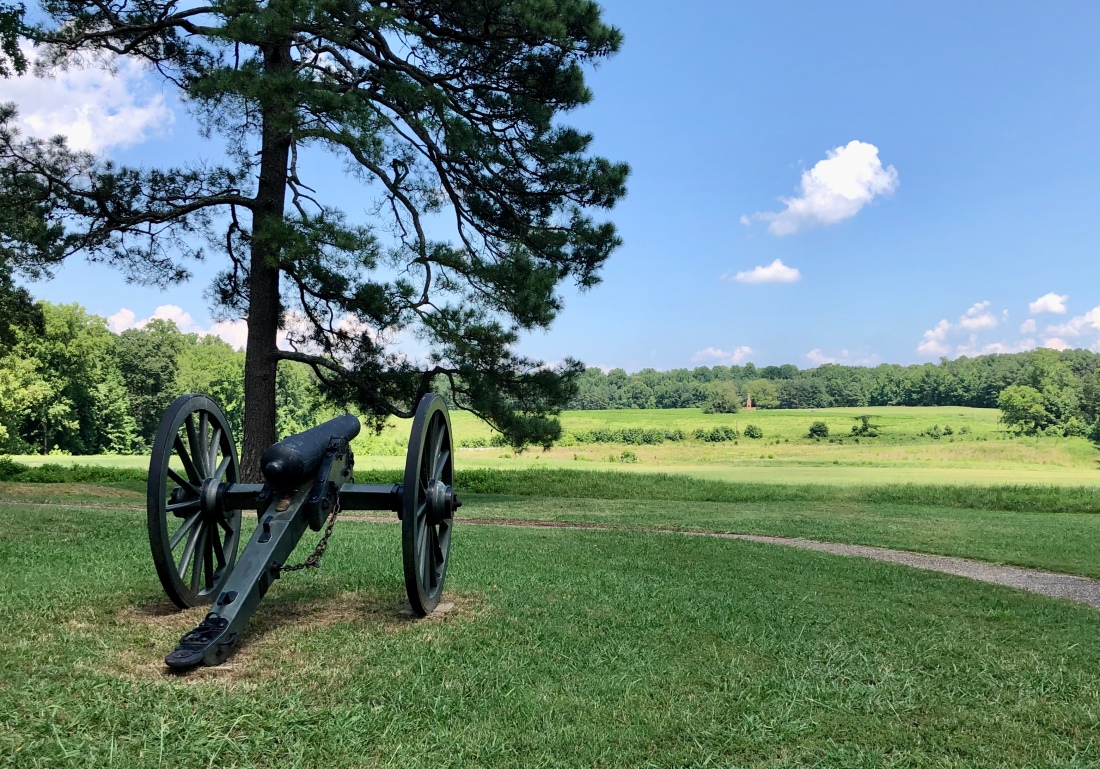 There are over 100 Civil War battlefields in Virginia, and almost 50% of the total number of battles in the entire war were fought on its soil.  One of the easiest battlefields to visit during the heat of the summer and during this time of social distancing is the Petersburg National Battlefield.  Most of the battlefield can be seen during a driving tour, with stops along the way at various interest points.  If you’re looking for a new place to take a drive with the kids, Petersburg National Battlefield is a great choice.

The Petersburg campaign was the main front of the Civil War from June 1864 until April 1865.  This 9-month siege of the city by Union General Ulysses S. Grant intended to wear down the Army of Northern Virginia, headed by Gen. Robert E. Lee, and force its surrender.  While we now know this was a successful strategy, at the time, it was very uncertain.  The spring of 1864 saw Grant and Lee in a chess match of wills, with the Union Army fighting to get to the Confederate capital of Richmond at The Wilderness (May 5-6), Spotsylvania (May 8-21), North Anna River (May 23-26), and Cold Harbor (May 31-June 12).  Unlike previous Union commanders, Grant did not retreat upon heavy casualties – he kept pushing.  After the disastrous battle at Cold Harbor, Grant shifted his goal from taking Richmond to Petersburg, a commercial and transportation hub.

Located 30 minutes south of Richmond, Petersburg National Battlefield has 4 distinct locations, with a 33-mile drive separating them.  During normal (pre-COVID) times, I recommend starting your tour at the Eastern Front tour’s visitor center, where you can visit a small museum, talk to park rangers, and pick up copies of the battlefield’s maps.  However, the visitor center is currently closed for the pandemic so you can start your tour anywhere!  For those coming from Richmond and points north of Petersburg, I recommend starting at Grant’s Headquarters at City Point and then driving south to begin the Eastern Front driving tour.

No matter your starting point, be sure to download the excellent Petersburg driving tour app from American Battlefield Trust.  This app contains loads of information as you drive through the battlefield, including videos and audio tours.  Note that the app tour numbers do NOT correspond with the NPS tour numbers.  The app is much easier to navigate if you have a willing passenger to press “play” at the correct time (the narration is not GPS-enabled but the map is).

While the parking lots are currently closed, you can still walk the grounds at City Point, which served as Grant’s headquarters during the Petersburg campaign (as always, check the NPS site before you go for the latest closure information).  Your kids can run around the gorgeous grounds, on the banks of the James River.  The white house on the grounds, the Eppes House, served as the Union headquarters during the campaign (although Grant slept in a simple log cabin instead). 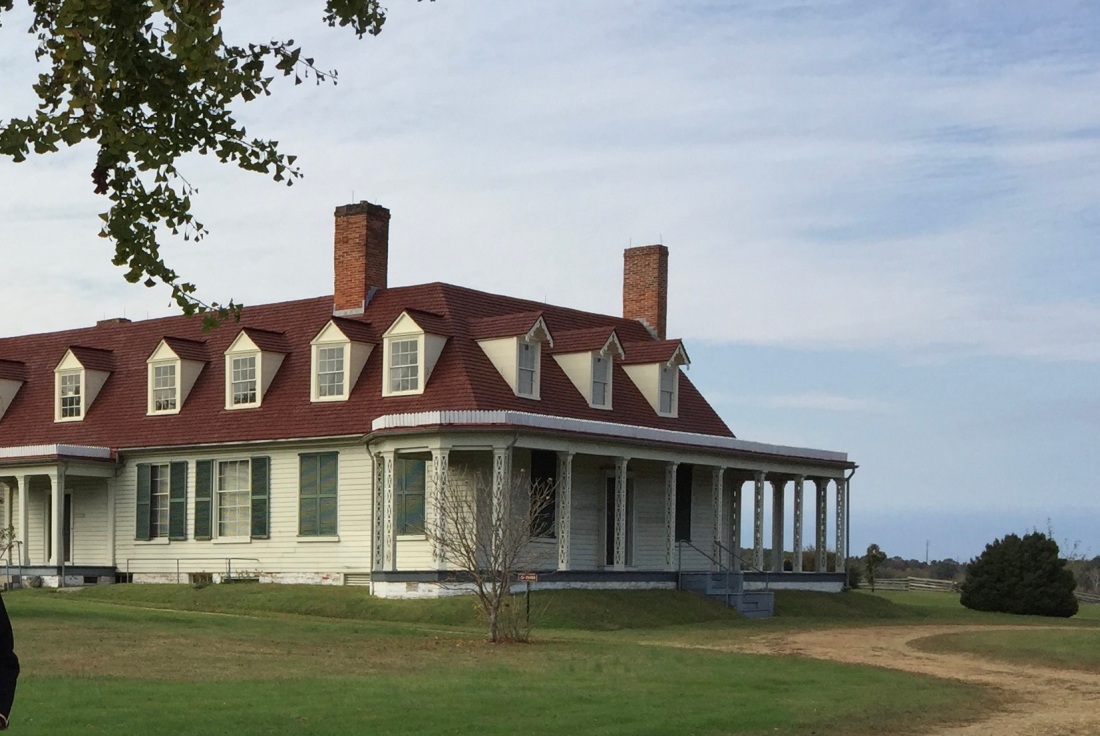 When the home is open, it serves as the ranger contact station, with several exhibits to see.  The exhibits include the actual door to Grant’s original cabin, with a picture of Grant and President Lincoln standing in front of it.  Lincoln visited Grant here at City Point at two different times during the war, including a 2-week stay during the last month of the war.  Grant’s wife, Julia, and their 6-year-old son, Jesse, spent 3 months living in Grant’s cabin with him during the last months of the siege.

As you walk around the grounds, you can imagine the whirling activity that would have accompanied the soldiers here.  From the bustling wharf to the thousands of soldiers quartering on the grounds to the busy hospital across the river, Grant’s headquarters was a small city unto itself.  Walk along the river and peer into the recreated cabins to get an idea of what life was like here in 1864!

If you prefer, you can drive along this tour as well.  However, the driving tour does not allow you to see the Eppes house.

As you leave City Point, don’t miss the somber and poignant City Point National Cemetery, where many of the battle’s casualties are buried. 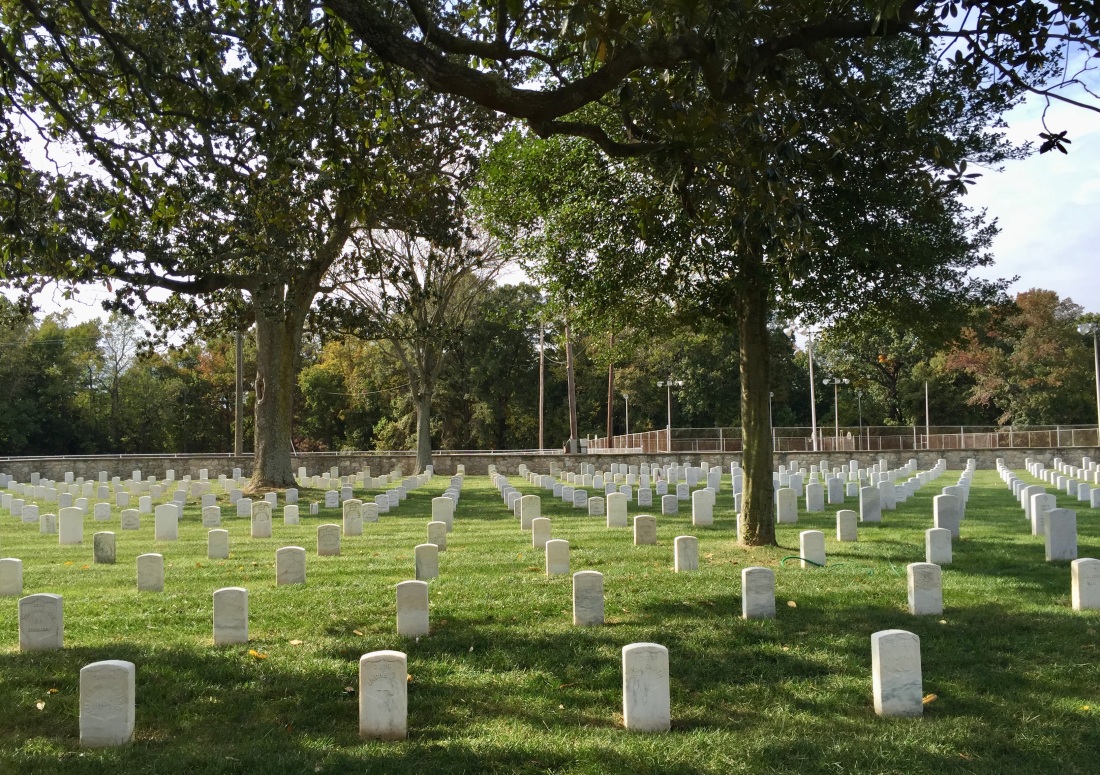 10 miles south of City Point is the Eastern Front driving tour road, the easiest tour to do from your car with children.  The 4-mile driving tour is along a one-way, dedicated tour road so it is easy to park and hop out at sites of interest.  This tour road is also great for cyclists so if you’re looking for a fun, safe, and educational place to ride bikes with your family, this is a great option!

Begin at the visitor center where you can still pick up physical maps even as it is currently closed.

There is also a battery behind the visitor center where the first attacks of the Petersburg campaign occurred.  There is a paved pathway that is stroller-friendly – note that there are some steps and a steep incline on parts of the path.  Don’t miss the spot where the massive artillery cannon, the Dictator, was located!

As you walk along the path towards the Battery, you can see an area where the Jordan house was located.  One way to get older kids more interested in seeing “boring” battlefields is to ask them what life would have been like for civilians, including kids, caught in the middle of the war.  It is a way to draw kids into history and have them feel some empathy for all of the people who lived through this time period.

After exploring the battery, get back in your car to begin the driving tour.  As I noted above, use the driving tour app (tour #1 – To the Crater) to learn more about each stop (note that the app’s numbers do NOT correspond with the NPS tour numbers).  The drive through the pastoral fields and shady forest makes it hard to imagine a fierce battle here.  Listening to the audio and watching the videos from the app really bring it to life.

One of my favorite stops along the tour is the Confederate battery 9 (stop #3/NPS; stop #2/app).  At this site, the rangers have reconstructed the defenses as they would have appeared during the war so you can really imagine just how hard it would have been to storm the battery.  Black Union troops took this battery on the first day of the battle, June 15, 1864.

Continue the drive and stop at the numbered signs to learn more about the various battles.  Visiting here during the summer months, you can feel how oppressive the heat must have been for the troops in their heavy woolen uniforms.

At Fort Stedman (stop #5/NPS; stop #4/app), you can walk a short loop trail to see the monument to the 1st Maine Heavy Artillery group, which sustained the greatest regimental loss in a single action during the entire war.  This is the site of Grant’s final attempt to take Petersburg.  After heavy losses here, Grant changed his focus to isolating Petersburg.

If you only stop at one place on the tour, make it The Crater (stop #8/NPS; stop #9/app).  This is the site of one of the most horrific battles during the entire war.  Based on what seemed like an innovative idea, the Union Army tunneled under the Confederate lines and placed explosives in the tunnel.  On July 30, 1864, the explosives were detonated, resulting in a huge break in the Confederate line.  However, once the Union Army started rushing in, they became stuck in the crater that was formed and were basically sitting ducks for the Confederates.  You can walk along the paved, stroller-friendly path surrounding the massive crater, and you can see the tunnel! 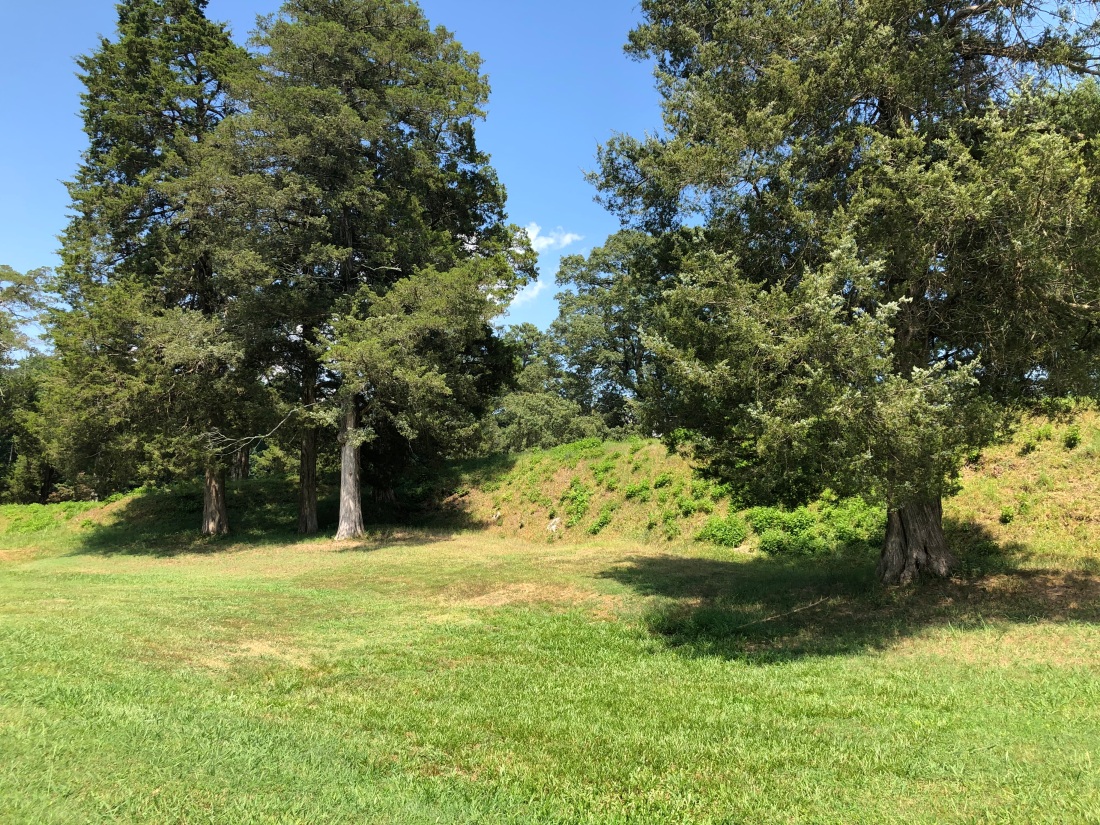 After leaving The Crater’s stop, you will exit the tour road.  Make a left to continue to the Western Front driving tour or take a right to head back towards Petersburg and I-95.  Don’t miss the historic Blandford Church on your right!

This 16-mile driving tour takes you south of Petersburg, along the battles that consumed over 70,000 casualties during the last 8 months of the siege.  This tour is difficult with children, as modern development has destroyed most of the fortifications.  I recommend having a navigator with you to help you stay on the tour (well-marked with signs but not a dedicated tour road).

One of the easiest places to stop along this tour route is Poplar Grove National Cemetery where you can walk the grounds.

If you do this part of the tour, I highly recommend stopping at Pamplin Historical Park, which is very child-friendly.  At this one stop, you can visit a Civil War battlefield, a museum, and a typical homestead from the time period. Read my review of the park here!

Located 30 minutes from the Western Front’s visitor center, this battlefield has a visitor center (currently closed) and many hiking trails.  If you are looking for a way to combine hiking with historical sightseeing, this is a great site for you.

If you can’t visit in person, the American Battlefield Trust has an excellent virtual reality tour that you can take (appropriate for tweens/teens).  My son loves virtual reality so he is a big fan!  It really puts you in the middle of the battle!

To learn more about the battle and siege of Petersburg, check out the NBC12 podcast, How We Got Here, season 1, episode 2.  With middle and high schoolers, you can also watch episode 2 of the excellent Grant miniseries from the History Channel.

The Petersburg National Battlefield is a great place to learn about history from the comfort of an air-conditioned car.  During these days of extreme summer heat, make plans to visit with your family!

See my Civil War list at Bookshop.org, an Amazon alternative that supports independent bookstores.  This link is an affiliate link where I receive a small commission at no extra cost to you.